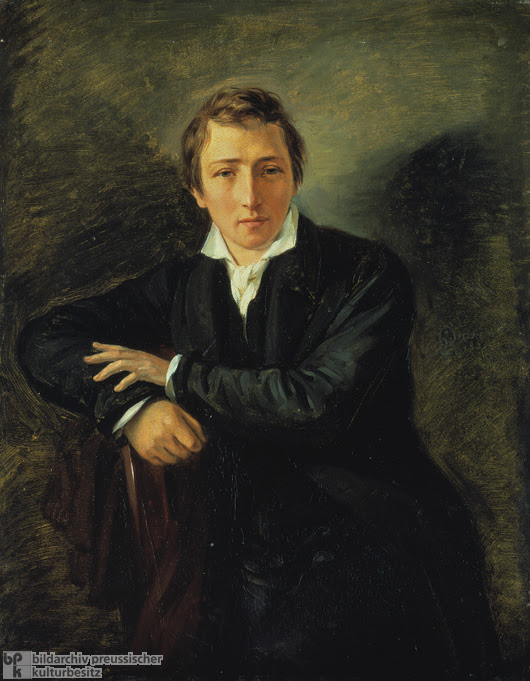 Here is a little poetry project that I've started tonight.

I sent a number of different poets the following note and poem:

Here’s the idea. I wrote this draft based on line-by-line responses to a Heine poem. If this were my poem, I’d reckon the poem is not too bad, but needs a serious edit /rework. It needs shaping, tightening, focussing or maybe an extreme rethink. Thinking about it, I could see that there were a number of directions to proceed. So, I thought I’d send it to various different writers and see what they might do with it. How, if it were their draft, they would proceed. I’d love to see some different versions plus some commentary. This text might just be the a jumping off point from some radical department from it, or it might be completely rearranged. Or else, it might just need some ‘styling’, as the hairdressers say. I think that's how my hair once got to be shaped like a dying swan.

If you’re interested in participating, I’d be thrilled. Just do some work on the poem, maybe write a few notes about what you did, and send it back to me. I’ll post the replies on this blog. I'm really interested in how different writers take drafts and shape them toward what they consider something more final.

doors where my eyes, ears, mouth, nose
should be

I never regret moonlight in my bed
a banjo, a memory, a regret
another cloying poem-thing

‘I have a foolish heart?’
what does that mean
sweet, forgetful midnight words?

Here's the original Heine. I didn't send this to the writers.


I saw a crowd of flowers in bloom,
On my way: too lazy of course
To stir myself and pick them too,
I rode on by, on my proud horse.

Now, when I’m wretched and I’m dying,
Now, when my grave’s already aired,
Often in memory, painful, mocking,
The scent of flowers I scorned is there.

One, especially, of fiery yellow,
A violet, burns inside my head,
How I regret I never fully
Had that sweetheart in her bed.

My solace: Lethe’s water can
Even now, not lacking in its powers,
Refresh the foolish heart of Man,
With sweet forgetful midnight hours.
Posted by gary barwin at 9:51 AM